As of November 8, 2017, the proposed Republican tax plan effective for 2018 has produced a lot of articles that speculate if the tax law is good or bad for particular social groups of people. With the number of proposed changes in the law, what is actually clear is that the results of the changes is dependent upon at what income level a person is taxed, the amount of pass-through income a person claims, the number of children and dependents they claim as well as how much they claim in itemized deductions, and other factors.

Income Level – The proposed tax plan condenses the tax rates into fewer levels of income. Depending on where an individual lands on the income section, their tax could potentially go up or down. 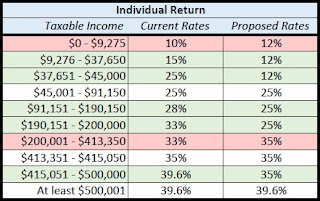 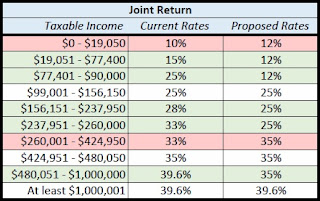 Pass-through Income – The proposed tax plan institutes a 25% percent tax rate for pass-through income as opposed to taxing the income at the individual rates. There is also a change for service providers, such as accountants, lawyers, doctors, etc., which attributes 70% of pass-through income to labor and 100% for some. This change would increase some owners’ tax and decrease the tax of those at the highest income levels.

Dependents and itemized deductions – The proposed tax plan eliminates exemptions and replaces that with a higher standard deduction, along with a higher potential child tax credit – an additional $600 – or credit for non-child dependents – $300. In addition, the proposed tax plan removes a deduction for state income and sales tax and limits the real estate tax paid to $10,000. This change greatly affects those who pay high levels of income tax and those where were claiming more than $10,000 in real estate tax.

Other factors – The proposed tax plan makes other changes that could affect your tax situations, such as deductions for mortgage interest, moving expenses, alimony, and student loan interest, retirement plan conversions, elimination of AMT, corporation tax rates, and many more. To know if this proposed tax plan would increase or decrease an individual’s particular tax burden, they would need to adjust for all of the proposed changes.
Newer Post Older Post Home